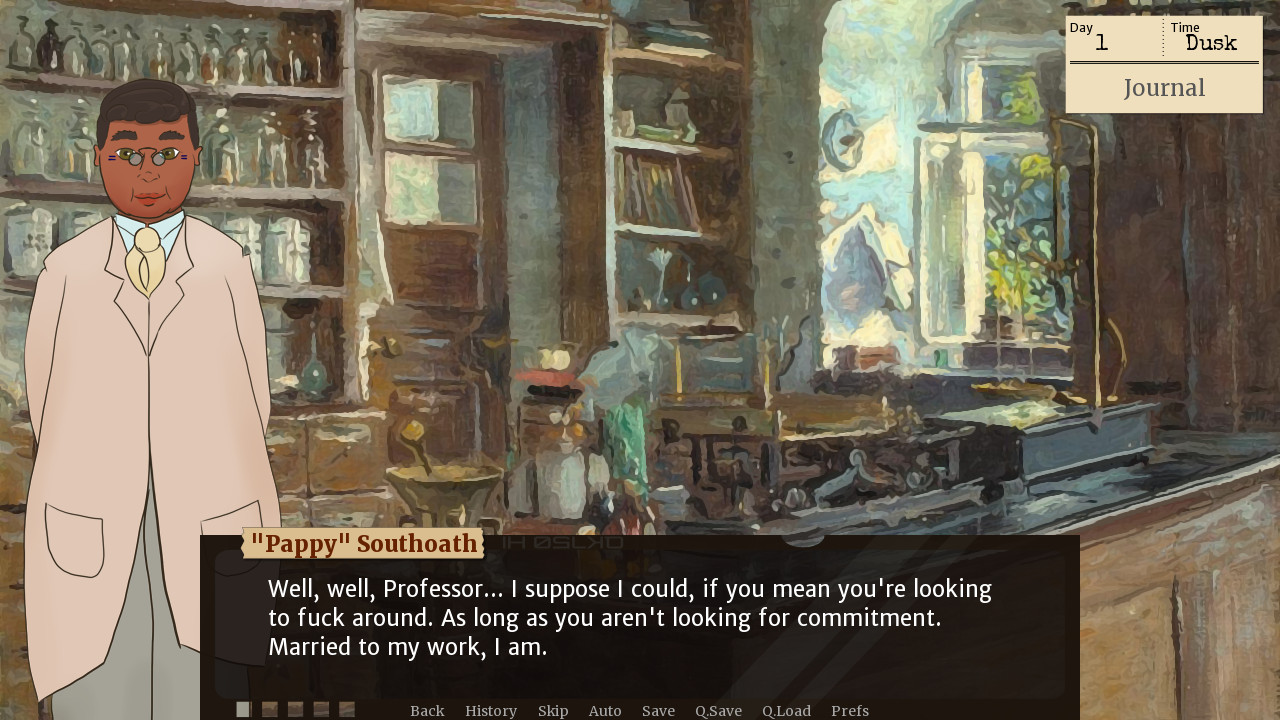 Hello, perverts! This is a fun little pair of updates for you. The free version now includes a creepy night music scene and the ability to pierce the player character. Patrons can now play the latest update, which adds a play scene with Pappy the pharmacist.