A downloadable game for Windows, macOS, Linux, and Android

In Barrowport, a town of dark mysteries, the young woman said, "I want you to ruin me."

As a professor of antiquities, you assumed your new position would involve investigating strange artifacts and stories of monsters. You didn't expect that young Theresa Radcliffe would know your forbidden secret or that she would beg you to lead her down a path of depravity.

Content warning: this game is intended for adults. It contains explicit images and text. If you are not of legal age to view such things where you live, you may not download the game. Additionally, please review the themes below.

Note: This game does not currently support 32-bit devices.

The story is captivating and the author certainly has a wonderful sense of pacing: corruption doesn't occur in a vacuum, but intermittently around quests and discovery of the strange world you've landed in.

came for  a lewd, stayed for a story

Ruin Me is free, but new updates will be exclusive to patrons for a limited time. To get development news, early access to updates, and even influence development, support me on Patreon:

The public release of Ruin Me is currently in version 0.51.1, with around 20 hours of play. This includes:

The patron-only release is at 0.52.0p and includes:

The final game will provide a weird horror plot in three acts, turning Theresa into a proud slut and resolving an existential threat to Barrowport and the world.

Ruin Me depends much more on text than on images. Not all sex scenes are drawn and character art is optional. It's primarily a text game with supplemental illustration. 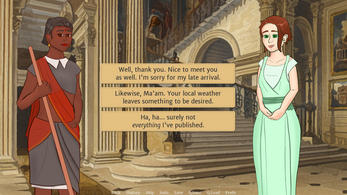 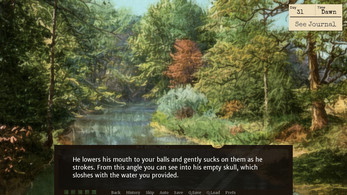 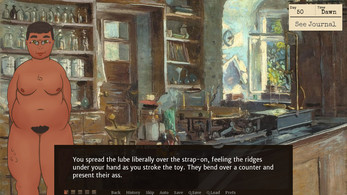 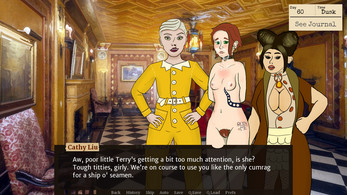