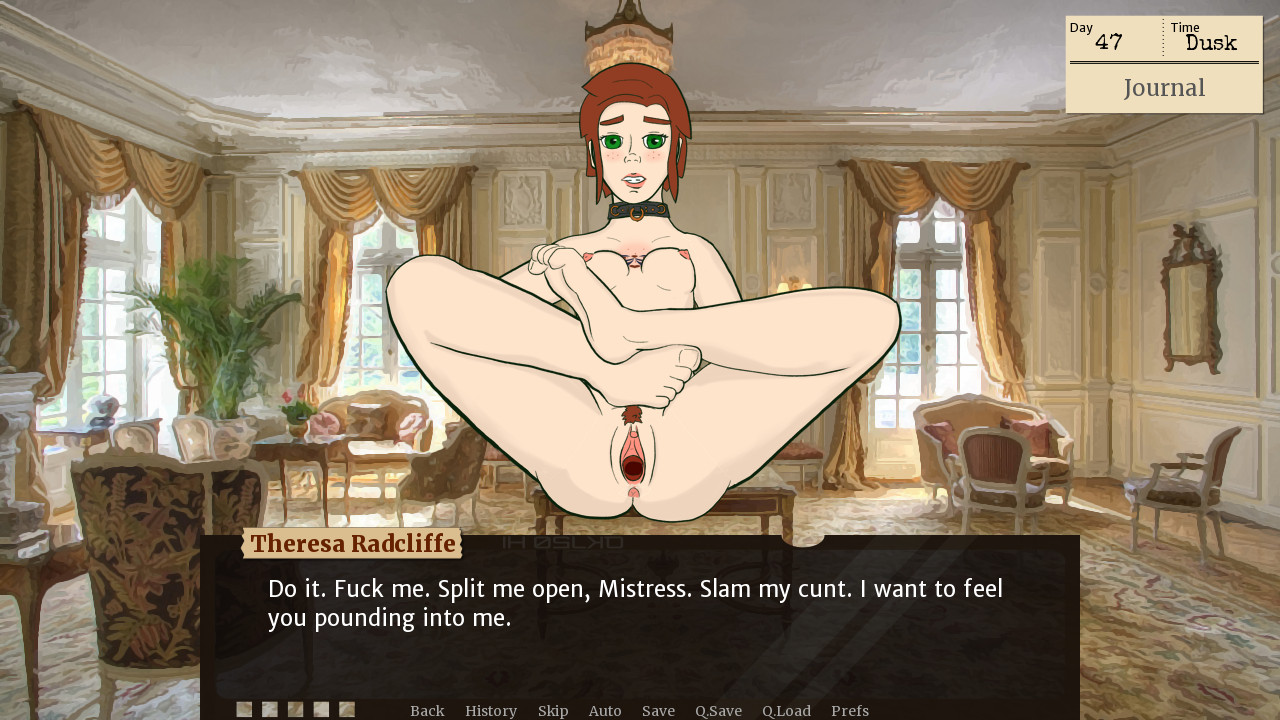 Hello, perverts! The patron version of Ruin Me has been released, adding a training scene for Theresa that concludes her descent into Depravity. That means the previous release is now public, adding a new minor NPC ruination sequence and some other enhancements.

If you sign up to be my patron at the $2/month level or higher, you get access to new builds as soon as they're done, plus the Reminisce feature that lets you replay old sex scenes without the trouble of rollback or save games. 0.33.x will be available to everyone once the next patron-only build is up. If you want to contribute to the game's development, please become a supporter on Patreon!